When Dr. Donald Trunkey first started dental school, he had a mouth full of broken-off teeth and was very embarrassed to smile. The shame he felt about his own dental problems led Dr. Trunkey to develop his first rule when dealing with patients—NO GUILT. So, on your first visit to Trunkey Dental, there will be NO LECTURES. In fact, Dr. Trunkey and his team are going to celebrate that you took the first step to having a “healthy and carefree smile.”

Dr. Trunkey graduated in 1980 from dental school in Loma Linda, CA. He quickly learned that patients would rather be anywhere than in the dental office, so that led to rule two being developed—LESS DENTISTRY IS THE BEST DENTISTRY. This means that Dr. Trunkey and his team show you how to avoid coming to the dentist no more than you have to.

After being in dentistry since 1981, Dr. Trunkey has found that his happiest patients are the ones that stopped the destruction of dental disease and then fixed their teeth as ideally as possible. They can then live mostly a carefree life as it relates to their teeth. It’s a great place to be! 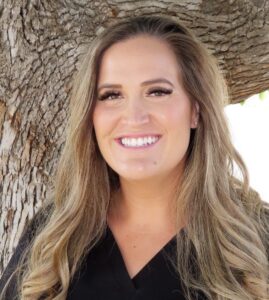 Dr. Emily Stevens received her Doctor of Dental Surgery degree from Loma Linda University. Dr. Stevens began her dental career practicing in Hanford California for several years. A proud Bakersfield native, Dr. Stevens was thrilled to return to Bakersfield where she has practiced since 2019.

Although proud of her credentials behind her name, the titles of wife and mom are her most cherished accomplishments. Dr. Stevens enjoys spending her free time outdoors with her husband and son. Her favorite pastimes include fishing and horseback riding.

After earning his bachelor’s degree from LLU, Dr. Trunkey earned his doctorate from Loma Linda University School of Dentistry. Dr. Trunkey knew that there was much more to be learned and took many courses outside the scope of general dentistry to expand his knowledge base. He took an 8 year in depth Advanced Dental Education course through the esteemed Pankey Institute in Florida. This course taught him how to effectively address bite issue and jaw problems, such as TMJ. He has since taken many other continuing education courses, including those in implants, orthodontics, digital diagnoses, teeth whitening & cosmetic dentistry. Dr. Trunkey is a member of the Kern County Dental Society, the American Dental Society, the California Dental Association & a Bakersfield-based study club.